Bollywood’s highest grossing film Dangal seems to be in trouble now. Earlier, it was said that Dangal has crossed 2000 crores worldwide but now Aamir Khan’s spokesperson has refuted this news. According to him, Dangal Worldwide Collection is much lower than it has been shown. 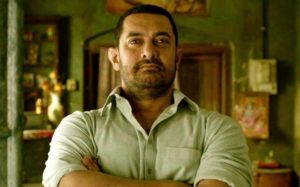 Confirming the news, Aamir Khan’s spokesperson said, “We have been reading a lot of reports saying that Dangal has crossed Rs 2000 crore worldwide. Just to set the record straight, we want to clarify that Dangal’s official worldwide gross collection figure as of Thursday is Rs 1864 crore.”

The spokesperson further said, “We are very happy that our film has been so successful, and what is of most value for Aamir Khan and the entire team of Dangal is the immense love the film has got from the audience across the globe. We are looking forward to the film to release in other untapped territories to reach more audience.”

There were many reports about Dangal breaking many impossible records but it looks like things are not as same as it looks. Dangal still needs over 130 crores gross collection to make it to the 100 crores club. Recently, even Director Nitesh Tiwari told the media that he is happy that Dangal has collected 2000 crores. So is that mean, no one knows the exact collection figures yet. Is that also mean that our Film Critics doesn’t have any proper figures.

Altogether, Dangal still needs to collect over 100 crores if it even wants to cross the 2000 crores mark.

What are your thoughts about this story? do let us know in the comments.