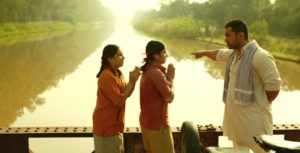 In Japan, it will be released in TOHO Cinemas across the country. The screen count detail is yet not confirmed. Dangal is certainly a universal film, with a strong subject. Directed by Nitesh Tiwari, Dangal also stars Zaira Wasim, Suhani Bhatnagar, Fatima Sana Shaikh, Sanya Malhotra, Sakshi Tanwar in key roles.

Altogether, Dangal is planned for April 2018 release in Japan.