Bigg Boss 14 episode 5 started on a good note where we can see girls performing the Sid island task. In this task, on the second round all the five girls dancing around Sidharth Shukla. This task was performed very well by girls. Still, Sidharth voted out Rubina Daliak and remained three Pavitra Punia, Nikki Tamboli and Jasmin Bhasin. 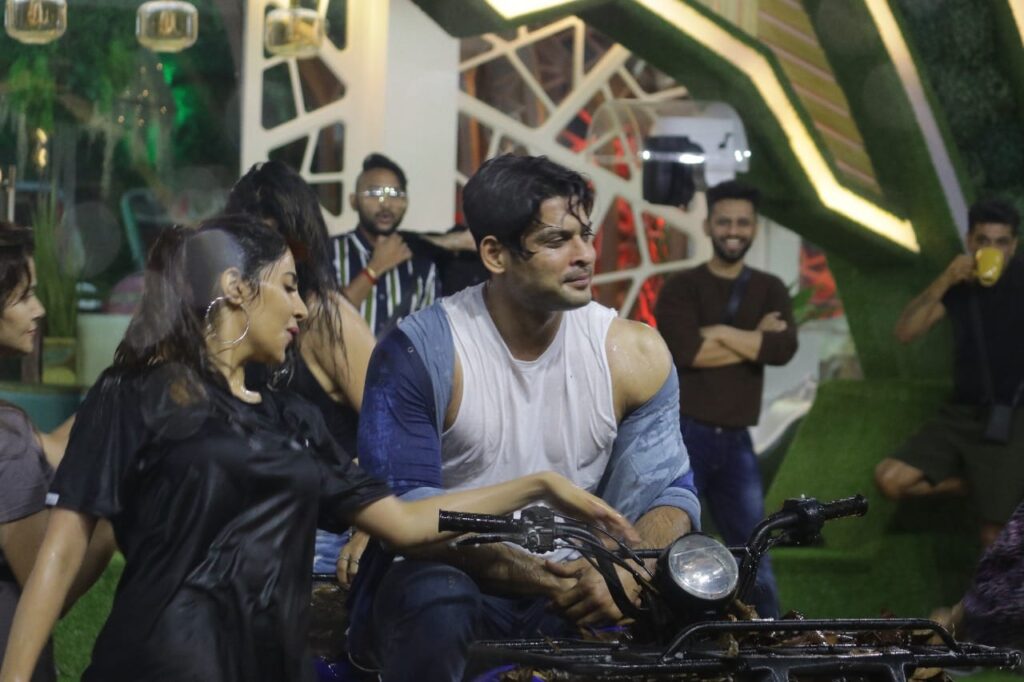 Well, after some time we can see Shehzad Praising Sara in front of Hina Khan. The third round of Sid Island has started. Soon, we can see Shehzad spoiled the task of Nikki. Nikki infuriated and destroyed the glasses of Pavitra. And soon, Pavitra destroyed the glass of Jasmin. Sidharth takes a class of Shehzad after he spoiled the task of Nikki. Shehzad and Sidharth had a verbal spat for around 10 minutes. Hina tries to solve the issue between the two but she couldn’t.

The whole house is discussing what Shehzad did is right or wrong against Nikki. Sid Island task has finally ended. Sidharth saved Nikki Tamboli in Sid Island task. So finally, Nikki got immunity for one week. Soon, Nikki came to Shehzad and said sorry as she abused him earlier.

The 5th day started with a song Hua Chokra Jawaan Re. Pavitra talks with Eijaz Khan says she want to see the angry avatar of him. Eijaz talks to Shehzad and cleverly talks about Nikki with a dog example. Shehzad has a soft corner for Sara and they had a talk softly in the outside area. Finally, we have seen Jaan talking loudly over chutney issue with Rahul Vaidya. Over that, when Nishant supported Jaan, than Rahul got infuriated with him. Later, Nishant and Rahul had a spat for few minutes.

Bigg Boss asked Hina and takes a class of Rubina and Jasmin, as they complained about Bigg Boss 14 show. After seeing a Rubina’s health issues and tears, Bigg Boss 14 told Rubina to enter the house, but she won’t be able to take participate in any task. That means, Rubina is officially nominated for this week.

By the end of the episode, we can see Rahul had a verbal fight with Pavitra Punia over bathroom issue. This episode has full of twist and turns and will definitely be loved by fans.