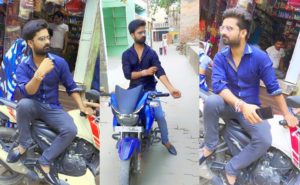 A rising actor (Pritam) has been signed the lead role in a Bhojpuri film. Soon, shooting will be done in Uttar Pradesh, Bihar and Mumbai, which is called The World Of Stars.
Although he (Pritam) has worked as a lead in many films in the past, his first film (Bihar Aake Dekh) and (Padosi Ke Wife Hamar Life) began the film career with a side role.

For the last four years, he has been working in Bhojpuri films. I would like to tell that Pritam was fond of films since childhood, father used to do sweet business but he did not have any special interest in his business. Along with working in the film, Pritam was very fond of body building, so he opened his own gym in Sindhora Bazar, Banaras (Kashi) and took care of his health as well as the health of others. His life was quite a struggle. 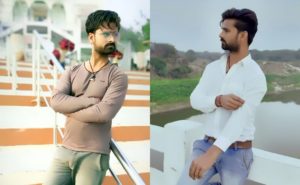 In Varanasi, Mahatma Gandhi Kashi Vidyapeeth completed his graduation as well as to fulfill his childhood dream, these days he used to go from Benaras to Mumbai, Mumbai to UP, Bihar for shooting in other cities.

Pritam loves to roam the ghats of Banaras and worship visit . That’s why he wants to start the lead role in his film career from Varanasi, not praising Banaras called Mahadev’s city. He has to roam the ghats of Varanasi. To see the mother Ganga, to see Baba Vishwanath Ji, Baba Kaal Bhairav, etc. 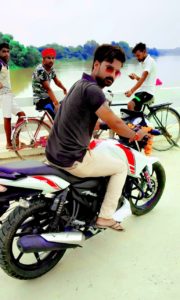 Also, it is very nice to spend more and more time there. If told about films, they should
the Bollywood superstar, Amitabh Bachchan saheb “Salman Khan” and “Rekha” ji as the heroine are very much liked.