Baaghi 2 is an apt sequel of Baaghi, which released in 2016 and faired well at the box office. At the latest, Baaghi 2 releases across India, with a humoungous response and it has now become the biggest opener of 2018. 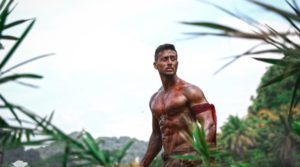 Interestingly, today is Good Friday and its a holiday across India. Apart from this, Baaghi 2 has garnered good buzz before its release and that is helping this film in a big way. Even, first hand Baaghi 2 reviews from UAE are good and that is great sign for this film. In India, this film is receiving mixed response but still audience is amazed with the action sequences.

When Baaghi released in 2016 it has collected 11.94 crores on day 1. So, this sequel definitely promises a bigger collection return on first day.

Alogether, Baaghi 2 response is enough to tell that, it will be Tiger Shroff biggest first day earning film.