Hollywood film Avengers: Infinity War was released on May 11 in China and completed one day at the box office. It was expected that this superhero film will easily beat the first day collection record of Chinese movie Monster Hunt 2 but it didn’t happened. 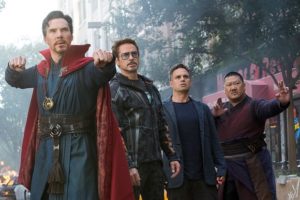 The highest grossing first day movie of China is Monster Hunt 2 which earned over $ 85 million – 579 crores on day 1, when it released on February 16, 2018. On the other hand, Avengers: Infinity War has only earned $ 60 million – 404 crores and received over 1 crores admissions.

In India, Avengers: Infinity War grossed over 260 crores and worldwide it has earned over 9000 crores.