Akshay Kumar, Sara Ali Khan and Dhanush starrer Atrangi Re movie shooting details have been revealed by none other than the director Aanand L Rai himself. 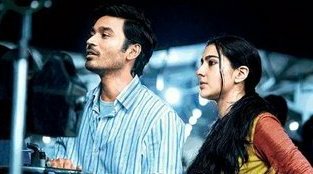 Aanand L Rai’s last film Zero was a disaster at the box office but now he is all geared up for his next romantic film.

In a conversation with Mumbai Mirror, Aanand L Rai says, “Yes, I’m really excited to start the next schedule planned for October in Madurai. I have the full support of the cast and crew. We are hoping that things will improve by the time we are ready to shoot.”

When asked about Akshay’s character in the film, the director revealed,”It’s not a cameo, but a very special character that is important to the narrative.”

This film will be shot in a period of three months starting from October 2020. It will be shot in Madurai, Delhi and Mumbai. The script has been written by Himanshu Sharma and the lyrics will be penned down by Irshad Kamil. The film is expected to hit the theaters on Valentine’s 2021. Interestingly, Dhanush has worked with the director in the past in Raanjhanaa movie.