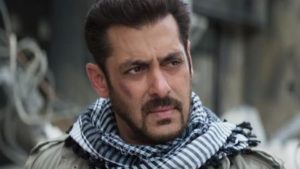 This question is what every Salman Khan fans must be thinking in Pakistan. Luckily, Indian films are getting a release in Pakistan from last 5-6 months. So, this film also has a chance to get a release date. When Ek The Tiger was released in 2012, Katrina Kaif played the character of a Pakistani spy. In this film too, she is essaying the same role. By looking at Tiger Zinda Hai trailer, we hear a dialogue from Katrina who says, “We stand for peace.” This means India and Pakistan believe in having a peace. So, the message of Tiger Zinda Hai is a positive one and it has a good chance of its release.

So, there are good chances that Tiger Zinda Hai will be released in Pakistan but still, we have to wait for official confirmation. Directed by Ali Abbas Zafar, this film is slated to release on December 22, 2017, in India and overseas.