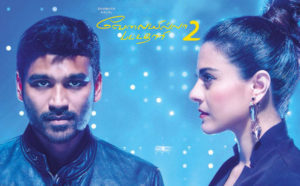 VIP first part was released in 2014 and it was an instant hit. Dhanush’s role as Raghuvaran was critically appreciated and the film went on to be the superhit. This time, the magic will be double as it also stars Kajol in a character of the corporate magnate. The teaser of the film has already excited us and we are eagerly waiting for the release. The film also stars Samuthirakan, Saranya Ponvannan and Amala Paul in key roles. 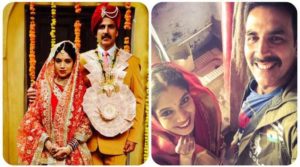 On the other hand, Toilet Ek Prem Katha also releasing on the very day. Thought, both the films will not be a big threat to eachother but VIP 2 will certainly dominate in the south states. This means, Toilet Ek Prem Katha will find it hard to get major screens in the southern states. The film is based on the toilet issues in India, where people go in the open for the Toilet. As per reports, In India 54 percent people don’t have an access to Toilet. So this is a big film highlighting a serious issue. Directed by Shree Narayan Singh, the film also stars Bhumi Pednekar and Anupam Kher in key roles.

Altogether, Both the films are strong in terms of content and acting, so they will easily earn good money at the silver screens. But due to clash, Toilet Ek Prem Katha will certainly loose some money in the South.