Comedian Sunil Grover, who is currently out of the small screen, has revealed a lot about his association with Kapil Sharma. He also advised Kapil to take good care of his health. 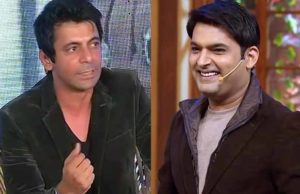 Talking to HT, Sunil Grover said, “I want to entertain people and remain in this field. This is what I love doing, and have tried to do for all these years. Right now, I’m just in the process of thinking.”

Talking about the in-flight brawl, Sunil reacts, “Quite often, when you say something, it shows the other person in a very bad light, though unintentionally. What you say is perceived to be the truth and how you see facts might not really be true, and can sound demeaning for the other person. With Kapil, I’ve had a great association, and I have deep gratitude for the platform we shared.”

Amidst their fight, a number of celebrities have tried to patch things up between the two but nothing has worked out. When asked the same to Sunil, he reacted, “I know [Kapil] very well. Why do I need someone else to sort things between us? We still have each other’s numbers and we haven’t changed them. But I’m thankful to those who are [still] taking the initiative; it’s so nice of them. Anyway, the best part is that the comedy didn’t stop and it’s continuing from both ends.”

Talking about Kapil’s health, Sunil said, “I heard about this, and I can only say that he should take good care of himself.”

Altogether, we hope that Kapil Sharma listens to Sunil Grover’s advice and don’t worry for The Kapil Sharma Show TRP.