Spyder Movie is another big budgeted Telugu movie after the magnum opus Bahubali 2. Spyder has the second biggest released movie in the USA after Bahubali 2. At the latest, Spyder Box Office Collection of the first day is out now and it has performed exceptionally in the USA. 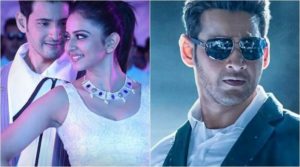 Spyder is made with a budget of 125 crores and the shooting of this film has been completed in 190 days. Spyder is a bilingual film, which is released in both Telugu and Tamil. This is for the first time Mahesh Babu and director A. R. Murugadoss have worked together. This is the 23rd film of Mahesh Bahu in his 18 years long cinematic career.

Spyder movie is full of action and VFX, which also stars Rakul Preet Singh and S. J. Surya. This film has released today in India and had a great day with good Occupancy Report of over 75 to 80 percent.

Altogether, it looks like Spyder will easily recover its budget.