Shubh Mangal Saavdhan is one of the low budget movies that has surprised both film critics and audience with its beautiful story. This is not a big budgeted lengthy film, still, it has all the good elements that will turn the audience towards cinema halls. At the latest, Shubh Mangal Saavdhan has completed the 8th day at the box office and the performance of the movie is quite low. 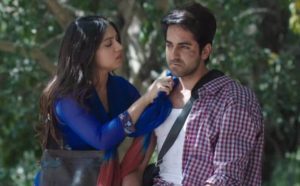 The reason behind the low performance at the box office is due to less screen count and the clash with new releases like Poster Boys and Daddy. That’s not all, Baadshaho, which released last week is still giving a big competition to Ayushmann’s starring film. Still, Shubh Mangal Saavdhan gave a tough fight to Baadshaho and has collected 24 crores in the first week.

What are your thoughts about Shubh Mangal Saavdhan film collection? Do let us know in the comments.