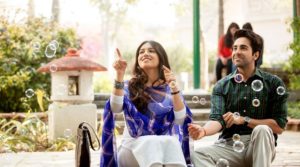 The good thing about Shubh Mangal Saavdhan is, it has received a great response from film critics, who have lauded the movie and its story. Though the story is bit adult type but it has been conveyed in a simple way. Apart from the main cast, the other supporting cast has also done an incredible job in the movie.

Altogether, Shubh Mangal Saavdhan will have a good run at the box office despite a clash with Baadshaho.

What are your thoughts about Shubh Mangal Saavdhan audience occupancy? Do let us know in the comments.