One of the most popular actresses in Television world, Shilpa Shinde has got an offer to be a part of Bigg Boss 11. But, her demands were too high that the makers have decided not to rope her for Bigg Boss 11. 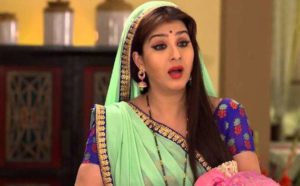 Shilpa Shinde, who is still famous for her role as Angoori Bhabhi in Bhabhi Ji Ghar Par Hain, has surprised the makers of Bigg Boss when they approached her for the season 11.

According to a source who spoke to abplive.com said, “Bigg Boss makers were keen on having Shilpa Shinde as their celebrity contestant, as she is beautiful, talented and short tempered too, which would be all the valid reason for her joining the show. If not this, then the controversies she carries with herself and has a great fan base was the reason she was approached by the makers. But now she is not part of the show as she demanded 20 Lacs as a signing amount and 4 lacs per day to stay in the camera-lockup house. Channel is still pleasing the ban-actress.”

Well, these high demands are the reasons why makers didn’t show a keen interest in casting Shilpa Shide for Bigg Boss 11.