Aamir Khan and Zaira Wasim starring Secret Superstar was released on Diwali and has completed three weeks at the box office. It was released a day before the big film Golmaal Again and till now it was able to cross 60 crores mark at the Indian box office. 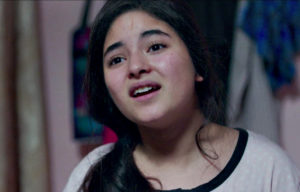 This is Zaira’s second film, who was earlier seen in Dangal movie, where she played the younger version of Geeta Phogat. She also won the National award for that role. In Secret Superstar, her role was completely different and a strong one. She dreams to be a singer in this film but she hardly gets an opportunity. It is a good motivating film for all the youngsters.

This film was being produced by Aamir Khan himself, who has essayed the role of music composer Shakti Kumar. He has justified his role in this film which was well received by fans. Even, Raj Arjun and Meher Vij have left a lasting impact on their respective roles in this film.

Altogether, Secret Superstar is a great film and a must watch for the youth.