Ajay Devgn starring Raid movie has completed 3 days at the box office. It has witnessed a 25 percent growth in collections on day 3 as compared to day 2. 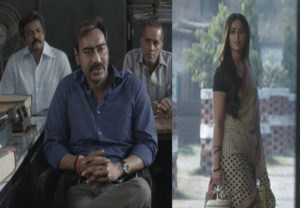 Released in 3400 screens in India, Raid movie has collected 10.04 crores on day 1. It has earned another 13.86 crores on day 2. The third day box office earning is over 17 crores, which takes the total to 41 crores approximately.

Raid movie has received mixed reviews from critics but audience has loved this film. Ajay Devgn performance as an Income Tax officer has stole audience heart. Even Saurabh Shukla surprises us with his stellar performance.

Directed by Raj Kumar Gupta, this film talks about the original raid that was conducted in Lucknow in 1981. This movie has a realistic approach and the audience liked that.

It has also released in overseas in 369 screens but the first weekend collection is still not confirmed. It is predicted that it will be around 3 to 4 crores gross. This film also stars Ileana D’cruz, who essays the role of Ajay’s wife in this film.

Altogether, this film is on its way to be a superhit one.