Amazon Prime is clashing neck to neck with another giant OTT platform Netflix. And the latest web series from Prime is yet another triumph against the rival competitor. Pataal Lok is far better web series as compare to Asur, and Special Ops. The casting is perfect, what else you want when you have Jaideep Ahlawat and Neeraj Kabi. 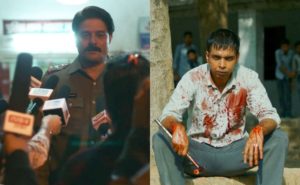 Jaideep essayed the role of Hathi Ram Chaudhary, whereas Neeraj potrays a character of Sanjeev Mehra, who is a TV presenter. The show stars when four gun men caught by police and it is being revealed that, they wanted to kill the TV presenter Sanjeev. Who sent the gunmen to kill the TV presenter follows the whole story. The camera mostly focused on Jaideep and his new rookie policeman Ishwak Singh who essayed the role of Imran Ansari. Jaideep get suspended when he digs into this case but still he tries to solve the case. Will he able to solve the case is what the story is about?

The writers Sudip Sharma, Sagar Haveli, Hardik Mehta and Gunjit Chopra are the heroes of this web series. They have written the story pretty well that will keep you engage from start to end. The cinematography by Avinash Arun, and Saurabh Goswami are very rooted and realistic. The scenes from Chitrakoot, Old Delhi, Punjab have been beautifully shot. Editor Sanyukta Kaza has made sure that you won’t get bore for even a second. The web series has been produced by Anushka Sharma under her banner Clean Slate Films. 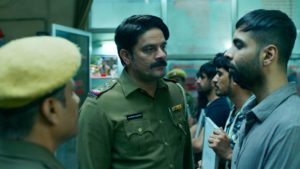 Jaideep Ahlawat has surprised me in a big way, it is one of his best performance after Raazi movie. He needs to get more movies as, he is no less than Nawazuddin Sididqui or Late Irrfan Khan. Neeraj Kabi has less screen time, still he will impress you in a big way. Swastika Mukherjee as Dolly Mehra has done wonder in this show by playing Sanjeev’s wife. Abhishek Banerjee as Vishal Tyagi got less screen time but his psychopathic character will keep in your head for long. There are few small characters in this web series but all have done brilliant works.

Watch or Not: I find this web series very much rooted into Indian milieu, portraying both good and bad things, especially the latter one. It is one of the finest web series from India. Never miss it!