Varun Dhawan starring film October has completes first day at the box office. This film has been well received by critics but got mixed response from audience. 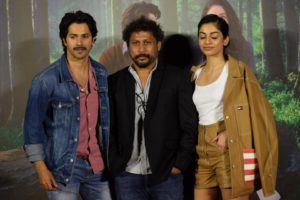 Released in 1680 screens in India, October film opened with 15 percent audience occupancy in the morning shows. The Occupancy was around 18 to 20 percent in the afternoon. The evening and night occupancy have seen a decent growth. It has collected 5.04 crores on day 1.

Varun Dhawan Selfie With A Fan Lands Him In Police Trouble!

We can’t blame that the film is not good but it is not a purely mainstream film that audience usually watches. This film is very different in terms of story and performances.

October movie is being directed by Soojit Sircar, who has earlier helmed gems like Piku, Pink and Vicky Donor. This film also starts Banita Sandhu in her debut flick.

The budget of October is around 30 crores and this film will easily recover its cost.