One of the youngest contestants in the Bigg Boss 11 house is Jyoti Kumari. She hails from Bihar and played a fair game in the Bigg Boss house. She did fight at few occasions but she has transformed a lot in this 150 plus camera packed house. In this week, there were three 7 contestants nominated but most of them were safe in some or other way. There were only three contestants who were still in the danger zone, Luv Tyagi, Benafsha Sunavala and Jyoti Kumari. 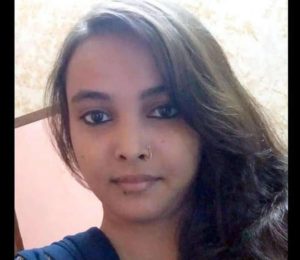 Interestingly, Jyoti and Luv were being battled in this Bigg Boss house for the next captaincy task on Day 28th. Soon, Salman Khan announced the name that Benafsha has to leave the house. She was nervous and about to leave the house. Well, the main door still not opened and Salman called her back in the house. After few mins, Salman Khan took Luv’s name says he better leave the house right now.
Again, there were people who didn’t believe in Salman Khan’s decision. And after some time, Salman says that Luv is also safe because Jyoti got the least amount of votes. Though Jyoti is a good player still she was under the shadows of this house. Most of the participants have shown their character and behavior in the house but Jyoti was still struggling to it. She was hardly outspoken and couldn’t able to fight back properly.

All these things have led to the ousted of Jyoti Kumari. Because that would be the reason why the audience has given her least amount of votes.