Sidharth Malhotra and Jacqueline Fernandez starring A Gentleman film couldn’t able to lure the audience in a big way and that is the reason why this film will turn into another disaster of 2017. At the latest, A Gentleman four days box office collection is out now, where Monday saw a steep fall in the collection figures. 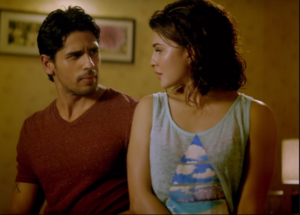 On the very first day, A Gentleman has collected 4.04 crores at the box office. Followed by 4.36 crores on Saturday. Even, Sunday collection was similar to the other two days, where Sidharth’s film has raked 4.73 crores. After collecting over 13 crores in the first weekend, A Gentleman collection saw a big fall on Monday. On the fourth day, this high-octane action film has earned only 2.03 crores. The final collection after 4 days is 15.16 crores. This clearly means that A Gentleman collection has fallen to 50 percent from since Day 1.

The making budget of this film was 60 crores and by looking at the collections, it is very clear that A Gentleman won’t even cross 30 crores mark at the box office. In the second week, it will face a mega-starrer film Baadshaho, where Sidharth’s film collection will further get low earning.

Directed by Raj & DK, this film also star Suniel Shetty in a villainous role. There was nothing right about this movie and the collection figures explain that very clearly.

What are your thoughts about A Gentleman Box Office Collection? Do let us know in the comments.