Fukrey Returns movie has completed its first weekend at the box office. The collection has seen a big jump from Friday till Sunday and this film is on its way to being a blockbuster. 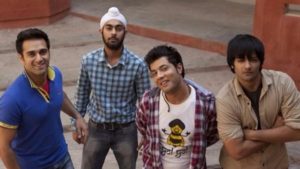 Directed by Mrigdeep Singh Lamba, this film stars Pulkit Samrat, Varun Sharma, Ali Fazal, Manjot Singh, Richa Chadda and Pankaj Tripathi in key roles. This film was able to earn 8.10 crores on the first day, which is being followed by 11.30 crores on the day 2. The third-day collection is 12.80 crores, which makes the total to 32.40 crores. Interestingly, Fukrey which released in 2013 has earned 36 crores in its lifetime.

Made with 30 crores budget, Fukrey Returns has already recovered its budget in just three days. This movie has been well received by the audience in both multiplexes and single screens. Luckily, this film has received over 3 stars rating from various Bollywood critics.

This film has no big star and the thing which really clicks with everyone is its story and performances. A good story is always important to make a film a hit one and this film has that credible story.

Altogether, Fukrey Returns seems to be aiming at over 70 crores lifetime.