Filmmaker-producer Akash Goila, who is currently tasting the success of his last digital release Bedhab is all set to for his next Button Dabaido Plij which highlights the sincere issue of voting. 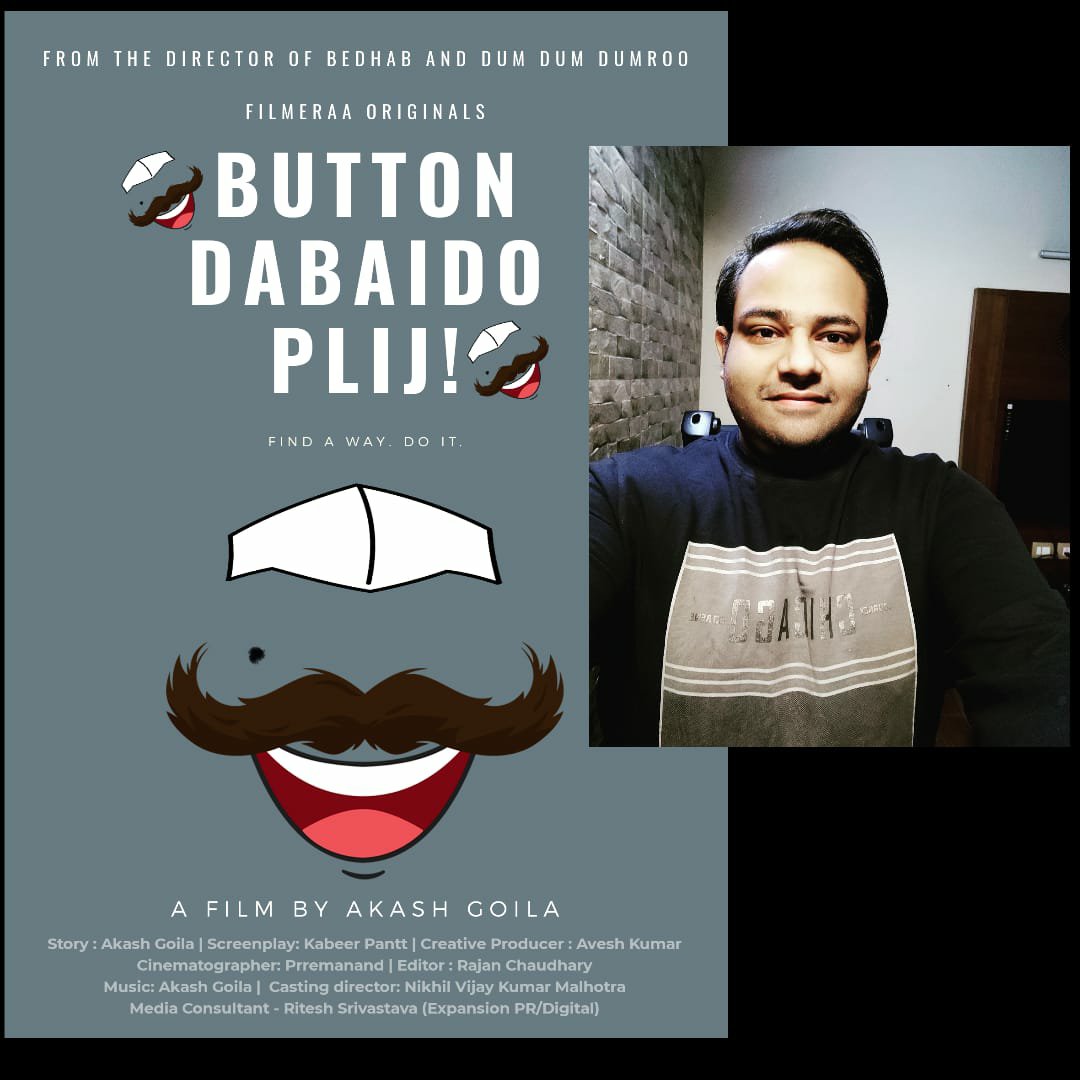 Talking more about the film, Akash shares, “I chose this topic because I felt that people need to understand what are the aesthetics behind voting and who is playing with their mind and making them vote for the wrong person. I just want to show through this film that how different scenarios of voting work in our country.”

“I am looking to get an interesting cast and well that’s a surprise who I am going to on board for both Button Dabaido Plij and Dum Dum Dumroo 2. I want to keep that as a surprise,” he adds.

Sharing his opinion on the current scenario of our country, Akash says, “I think what is happening in JNU and Shaheen Bagh and how people are making whole Delhi elections a prestige issue, I feel the focus should be on the real issues which are there in Delhi. I feel these issues are to actually pull down other parties and not allowing us to focus on the real problems.”

Talking on the importance of voting, he adds, “I feel more than selecting a party or who should we choose, I feel another aspect is that people are not voting and the first thing which we need to achieve is that every person steps out of there home and vote even if there vote is NOTA they need to go to the polling booth and vote so that atleast if 100% people are voting than we know the winner was chosen with fair percentage. There can’t be people only who are bribed or pressurised to vote decide who will win..”