Bajrangi Bhaijaan has completed two weeks at the box office in China and also completed over 200 crores gross collection. It is the debut film of Salman Khan in China and doing amazing business from last 14 days. 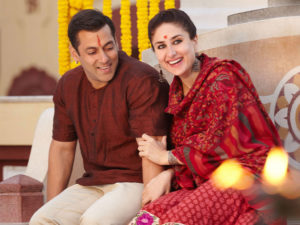 This film will now face a stiff competition with four new releases in China in its third week. This includes two Hollywood movies The Shape Of Water and Tomb Raid and the remaining two are animated films.

Directed by Kabir Khan, Bajrangi Bhaijaan seems to end up its lifetime run around 300 crores. Currently, this film is the third highest grossing film in China after Dangal and Secret Superstar.