Tiger Shroff and Disha Patani starring Baaghi 2 has passed the Monday litmus test with the flying colors. It has not only managed to cross the double digit figures but it has also 15 crores away to hit the 100 crores club. 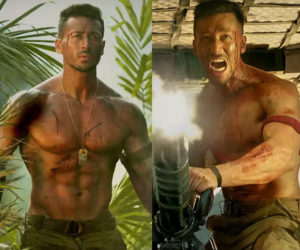 Ahmed Khan directorial film has been released in 3500 screens in India and 625 screens in overseas. It has collected 22 crores in overseas market in 3 days, which also includes 5.7 crores collection from Pakistan. It is also performing well in UAE, USA and Australia.

Tiger Shroff Says, He Will Wrap His Sister In A Blanket

This is so far the biggest ever earning film for Tiger Shroff, who has earlier worked in movies like Baaghi, Heropanti and Munna Michael. This film also stars talented actors like Randeep Hooda, Manoj Bajpayi and Deepak Dobriyal in key roles.

Altogether, Baaghi 2 will cross 100 crores by the end of 6 days.