The year 2019 proved to be a fabulous and remarkable year for 24 FPS Entertainment! With “Antardhwani – The Inner Voice” our feature film which touched so many hearts, got critically acclaimed in so many prestigious platforms, both National and International. Antardhwani directed by Padmashree A. K. Bir and produced by Mr. Rajesh Kumar Mohanty travelled all the way to Marche Du Film Festival, Cannes where it got screened and was applauded for it’s deep and thought provoking subject and direction. 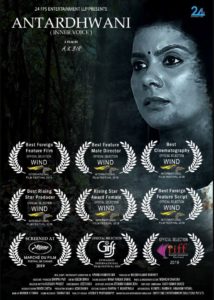 Not only in Cannes, it then headed to WIND International Film Festival, USA where it has received numerous official selections like Best Foreign Feature Film, Best Feature Male Director, Best Cinematographer, Best Rising Star Producer, Best Rising Star Award Female, Best Foreign Feature Script. This is indeed an honor for us to be considered and acknowledged for the work that we do. The journey didn’t end here, Antardhwani continued to rule over the hearts as it got an official selection in Guwahati International Film Festival and Rajasthan International Film Festival, 2019. We received several wishes from people around us for such a great response from these platforms. The year 2019 also grabbed a lot of appreciation and love for our another film, which is actually a short film “W”, based on child abuse. “W” has also been officially selected on platforms like Jaipur Film Festival (JIFF), ASF Pune, Clubby Online Minimovie Festival 2019 and also in Chhatrapati Shivaji International Film Festival (CSIFF). It won the Best Shotfilm Award in CSIFF. 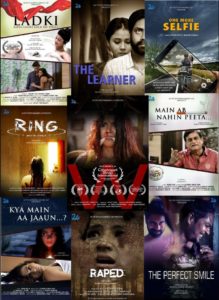 The fantastic performance by the leading lady Swapna Pati took over the entire movie on her shoulder and delivered one of her best performance with it. She portrayed a woman who has been kidnapped and is about to get raped by the kidnapper, and then a conversation takes place between the two, which totally transforms the man’s ideology and the way to look at things. He realises what was he trying to do and what kind of pain and trauma the woman has gone through and he’ll be just adding more to it by doing this heinous crime. 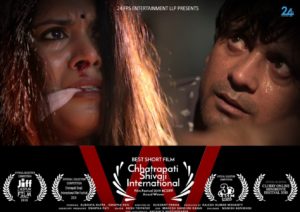 So, overall, we witnessed a year full of joy, achievements, laurels, hard-work, journey that will stay with each member of the team till their very last. We just hope that 24 FPS Entertainment maintains the body of work that it has done the previous year and come up with more of good work in this new year. A big thank you to the entire team of 24 FPS Entertainment and our associates who have always given their best and has made all this possible. Mr. Rajesh Kumar Mohanty who held everything strongly and did every possible thing to make our work go smoothly. A big cheers to this new year. Looking forward to a more wonderful and joyous year ahead.