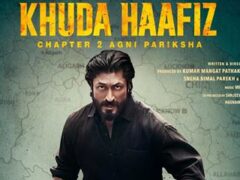 One of the biggest news of the year is coming From Bollywood. Disney hotstar plus has announced seven Bollywood films that they are going to release directly on their OTT… Read more »